IELTS speaking is very popular for asking you questions where you have to explain your preference on spare time. Although there is no such rule that best describes the way of answering IELTS questions, it is always better for you to know some language tips on How to Answer How Often Do You Do This?

When IELTS examiner asks you such question they really have no interest on the content of your answer but construct. They just want to know weather you can use right grammatical structure.

First let’s see some questions under this category…

When the examiner asks you How Often Do You Do This? type questions, you must:

State the adverbs of frequency

Remind yourself of the following groups of adverbs of frequency:-

Adverbs of frequency that go before the verb

State the adverbs of infrequency

Let’s look at how the two IELTS candidates, Alice and David, use certain adverbs to describe things they rarely do.

I don’t often have the chance to take a break and spend time with my friends.
Once in a blue moon I’ll have someone over for coffee, or I’ll go to a friend’s house and hang out…

Note: When you do not do the activity the examiner asks you about frequently, you should use a varied range of adverbs of infrequency.

In addition to never, seldom, and rarely (see Language step l), you can also use the following colloquial expressions to sound more like a native:

Of all the expressions listed above, only hardly ever can come before the verb. 4 Others should come either at the beginning or at the end of a sentence.

It’s also often useful to form adverbs of infrequency by adding don’t before an adverb of frequency. Don’t can be used with the following adverbs:

always
I don’t always go to the university canteen to eat,

usually
She doesn’t usually have guests to dinner.

all the time
I don’t go to expensive restaurants with friends all the time, just occasionally.

Extra language point Explaining Frequency
Let’s take a look at how Alice and David explain why they usually or don’t usually do something.

Alice: I used to go out to dinner with my friends all the time, but I’m in my last year of university now and I’m really busy-I don’t often have the chance to take a break and spend time with my friends…

Peter: I prefer reading novels because they are a great way to relax and escape from daily life, but I also enjoy history and nature books because they help me learn more about the world we live in. From time to time I might read some poetry, but I have to be in the right mood.

Remember that the second thing you should say to the examiner when answering How often do you do X? type questions is why you do the action frequently or infrequently.

To conclude how to answer What do you like to do in your spare time?:-

Previous Topic
Back to Lesson
Next Topic
New Word Today

Not a Member Yet?

Login
Accessing this course requires a login. Please enter your credentials below!
Lost Your Password?

Not a Member Yet? 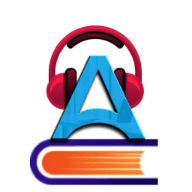